Every year on 420 marijuana lovers around the globe, from California to Amsterdam, celebrate cannabis culture – by gathering to, well, smoke weed.

However, 420 stands for much more than getting high on a specific date or time.

So how did this random April day become a weed holiday? And how did 420 become a synonym for cannabis culture?

420, pronounced “four-twenty,” is a popular slang term used in cannabis culture. This term refers to the activity of smoking weed, especially at 4:20 p.m. or on April 20th, the international weed holiday.

While not an official holiday, each year marijuana smokers and advocates around the world gather to celebrate cannabis, smoke weed and push for its legalization.

420 started simply as a reference to getting high. Later it turned into a counterculture celebration – a holiday to stand against cannabis stigma. However, recently the meaning is shifting. 420 is becoming a mainstream event. And that’s thanks to the worldwide cannabis legalization movement.

Therefore, 420 has several meanings, all of them related to cannabis.

On the one hand, 420 is a code word for cannabis and getting high. Some people might use the phrase “420 friendly”. You might have seen this on housemate ads or even dating apps. It means that the person is friendly towards people who smoke weed and they probably smoke too.

While 420 has become a mainstream term associated with cannabis, few people know how it all started.

Some say that 420 is the number of chemical compounds found in the marijuana plant. But that’s not quite true. Research has found that there are more than 400 compounds in marijuana, but the exact number 420 is never mentioned.

Many believe that 420 is the police code to signal “marijuana smoking in progress”.

The origin of 420 remains a bit hazy (pun intended). However, the most likely origin of 420 started with five Californian high school students in 1971 – The Waldos.

The Waldos, a group of friends attending San Rafael high school in Northern California in 1971, came across a map that supposedly pointed to a patch of weed. The friends would meet after school at 4:20 p.m. by the Louis Pasteur statue on campus, get high, and go looking for the patch. The Waldos started using the term “420 Louie” to remind each other on the school hallways of their meeting point and time. Eventually, they dropped the “Louie” and simply said “420”. While they never found the patch, they kept using 420 as a code for “let’s get high”.

But how did 420 spread from a group of high school friends to the rest of the world?

The term got popularized when the Waldos started smoking weed with the Grateful Dead at their studio in San Rafael. Members of the Waldos had several connections with the rock band. Waldo Steve tells the Huffington Post about how their group had access to the Grateful Dead parties, rehearsals, and concerts. The Waldos would use the phrase 420 a lot and that’s how it spread through the Grateful Dead underground, counterculture community.

However, 420 took off globally once the High Times magazine started using it. Steve Hager, the editor of the cannabis magazine, told the Huffington Post about how he started incorporating 420 into everything they were doing. And that’s how 420 blew up internationally, becoming synonymous with cannabis culture.

April 20 is the day for celebrating “all things cannabis-related”. There are no rules, so how you choose to celebrate is up to you.

Each year there are many 420 events organized wherever cannabis is legal, and even in countries where it’s not. These events range from weed-themed festivals, industry conferences, to pro-legalization rallies.

Many of these events revolve around 420 friendly people gathering to share in the joy and appreciation for the marijuana plant. And to share a joint or two. Check out online Facebook groups or conduct a Google search to find this year’s events in your area.

420 is also a day to support and advocate for the legalization of cannabis through medical or recreational cannabis laws. So even in countries where cannabis remains illegal, many people get together to smoke in protest. For example, there’s a big gathering in London’s Hyde Park.

Nevertheless, put your safety first. So, if cannabis is not legal in your country, you might want to look at countries where it is legal to celebrate by smoking. Might we suggest you look for “420 Amsterdam” and “420 Netherlands” events?

And if you are not interested in joining big crowds, you can have your private gathering at home with your friends. If there is one thing we’ve learned from the Waldos, there’s nothing better than “420-ing” it with your best buds.

420 is about more than getting high

While 420 might be the day that weed lovers smoke a bit extra, you don’t need to get high to celebrate this day. Because after all, cannabis is not just about getting high.

Cannabis is a plant with many therapeutic and medicinal properties. And unfortunately, there are still a lot of stigmas that surround it. Fighting the cannabis stigma and pushing for its legalization starts with educating yourself. Take the time on 4/20 to learn more about the history of this plant and its many benefits. In addition, examine the politics that led to its criminalization as well as all the reasons why it’s decriminalization is important.

What is Dawamesk? This Cannabis Jam is Becoming Popular

END_OF_DOCUMENT_TOKEN_TO_BE_REPLACED

CBN and CBG – Your Guide to the Day and Night Cannabinoids

You’ve probably heard all about CBD, but have you heard of CBN and...

END_OF_DOCUMENT_TOKEN_TO_BE_REPLACED 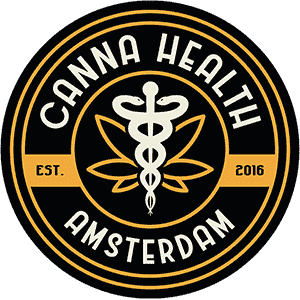